Uber deployed a fleet of self-driving cars in Pittsburgh. We were suspicious that locals were more uncomfortable about their presence than they let on.

We found that pedestrians were uncomfortable with autonomous vehicles in ambiguous road situations, such as unregulated crosswalks.

I conducted initial user interviews and wireframed in low-to-medium fidelity. 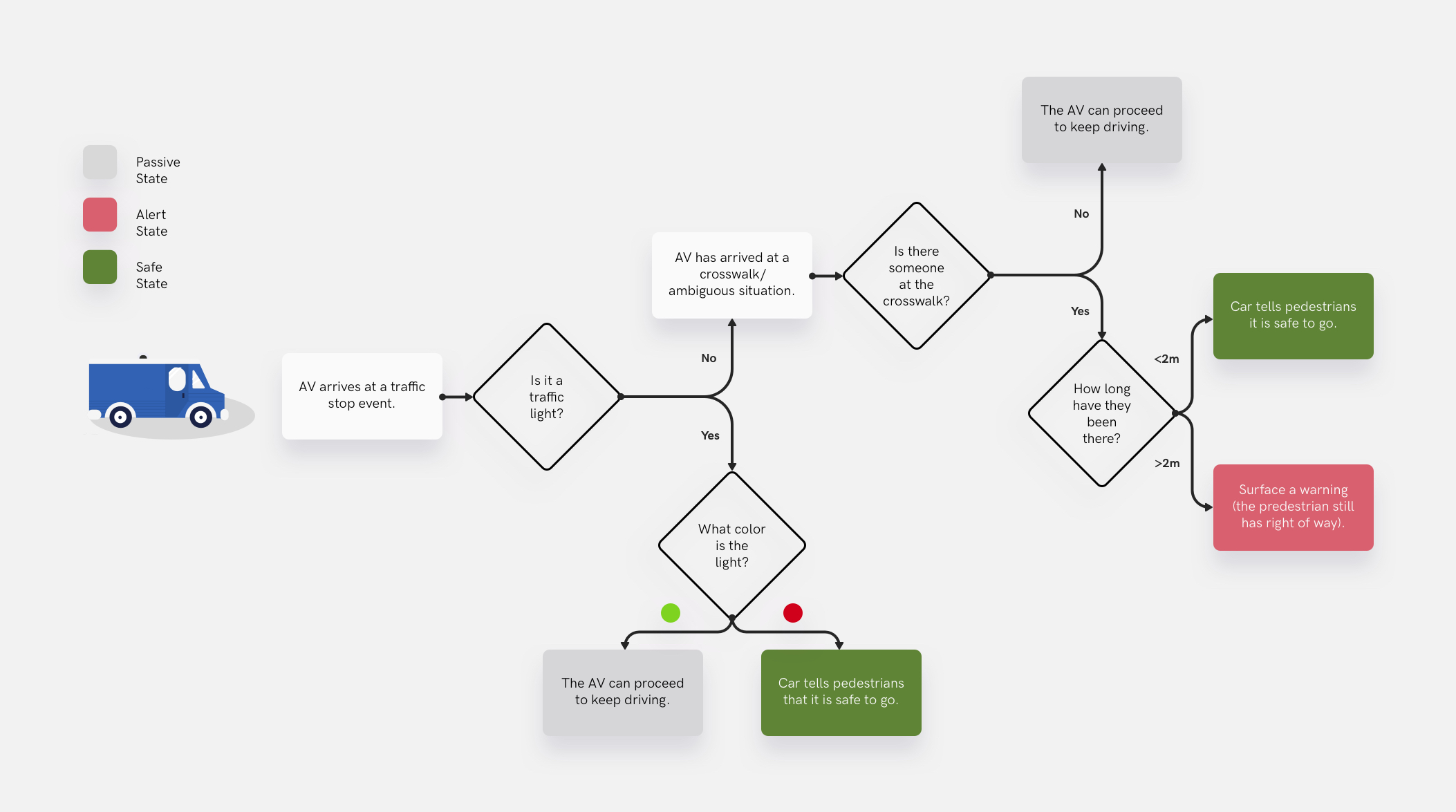 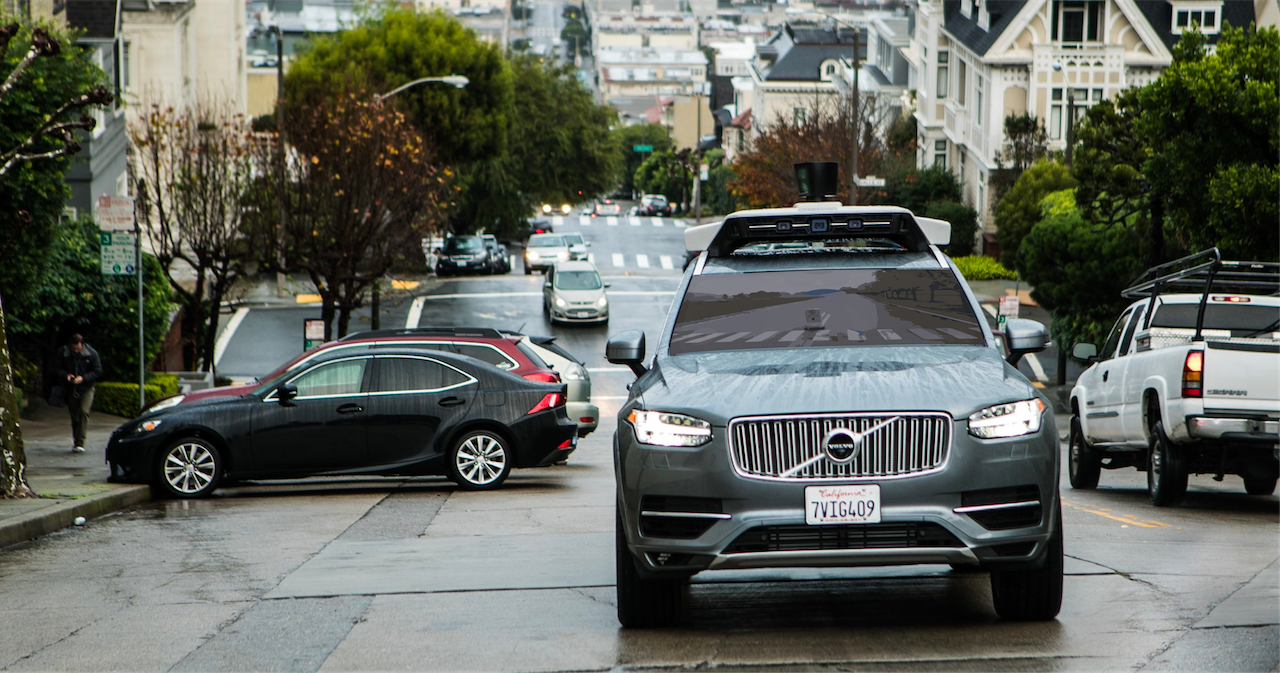 From sketching and testing concept displays to concept videography.

Autonomous vehicles can be emotionless.
Through qualitative interviews and paper prototyping, we found that some people were cautious or uncomfortable when confronted with self-driving cars on the road. Our respondents cited a lack outward communication from the car to nearby pedestrians, especially in ambiguous on-road situations, such as crosswalks. 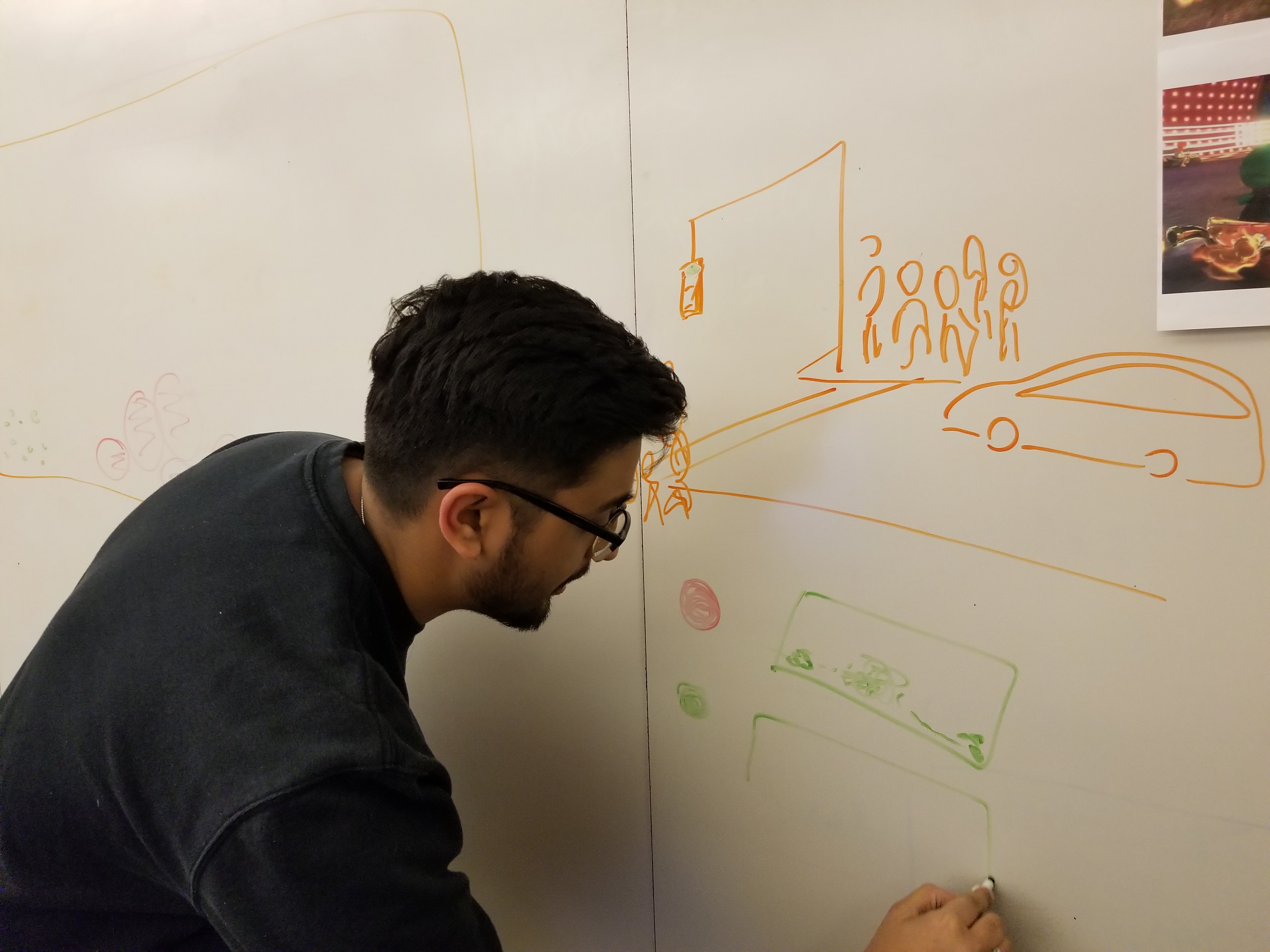 Designing for the transition
It became clear to us early on that we weren't designing for an idealistic future where pedestrians would only interact with machine drivers. For the next two to three decades, we think the roads will have a substantial mix of human and autonomous drivers.

Users should be able to process our design in a near-instantaneous fashion. Pedestrians interact with human drivers through implicict eye contact and gestures. We wanted our design to be better than existing solutions from companies like Nissan or BMW. 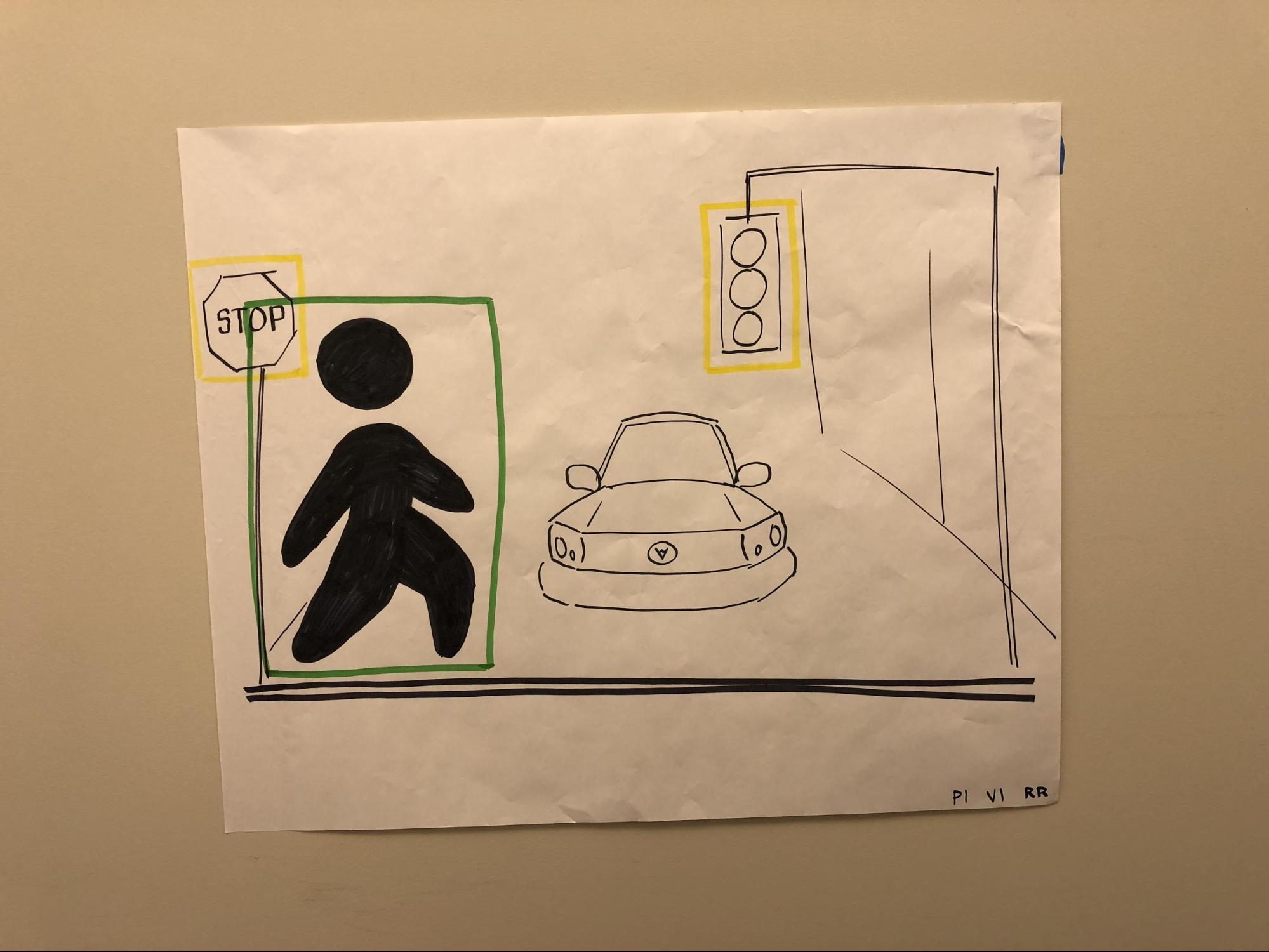 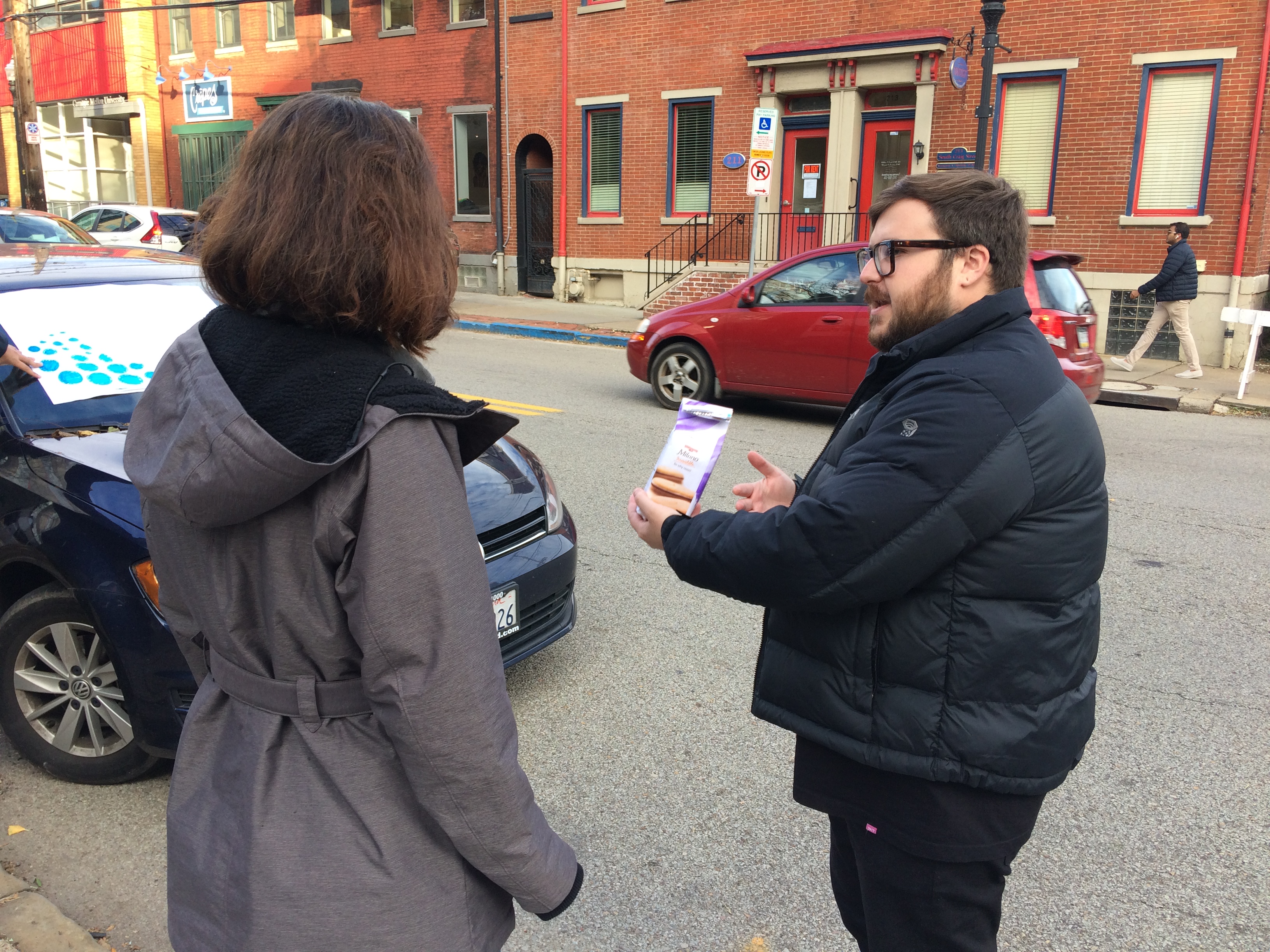 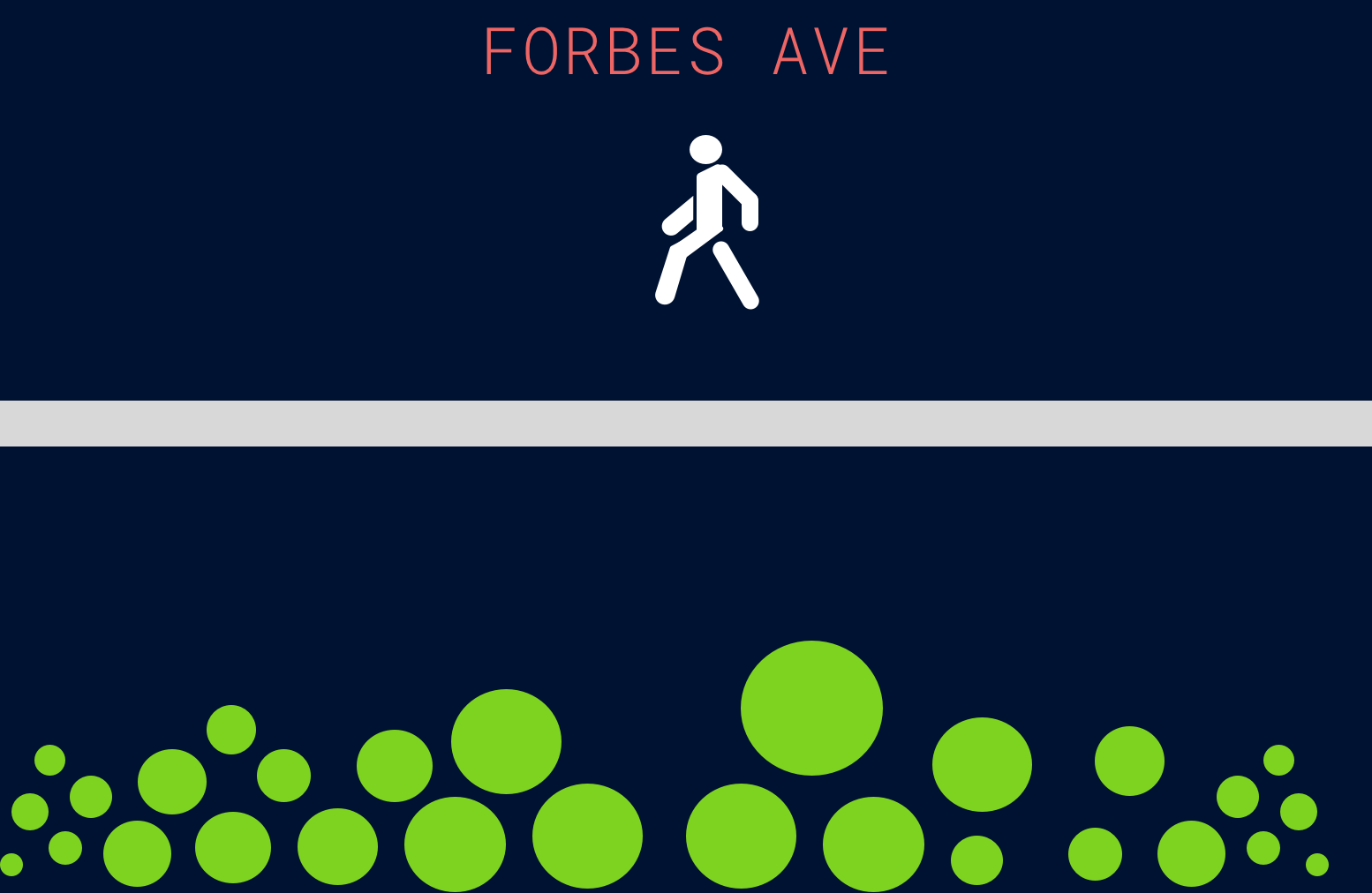 Testing simple concepts with locals in exchange for cookies.

Long live skeuomorphism.
In order to keep the interaction between our display and the pedestrian fleeting and effortless, we decided to roughly borrow from physical concepts people are familiar with: signs from pedestrian traffic lights. We decided to represent the human on the windshield, with various states to communicate whether the pedestrian is safe to cross—which it normally always is. 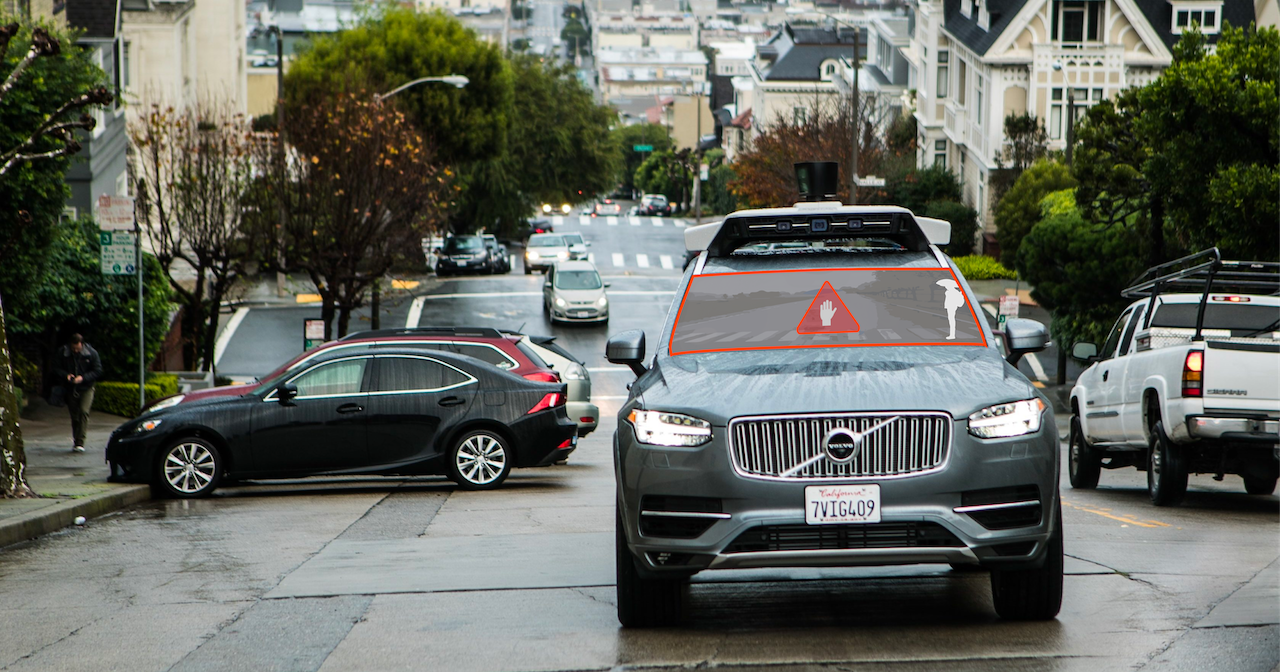 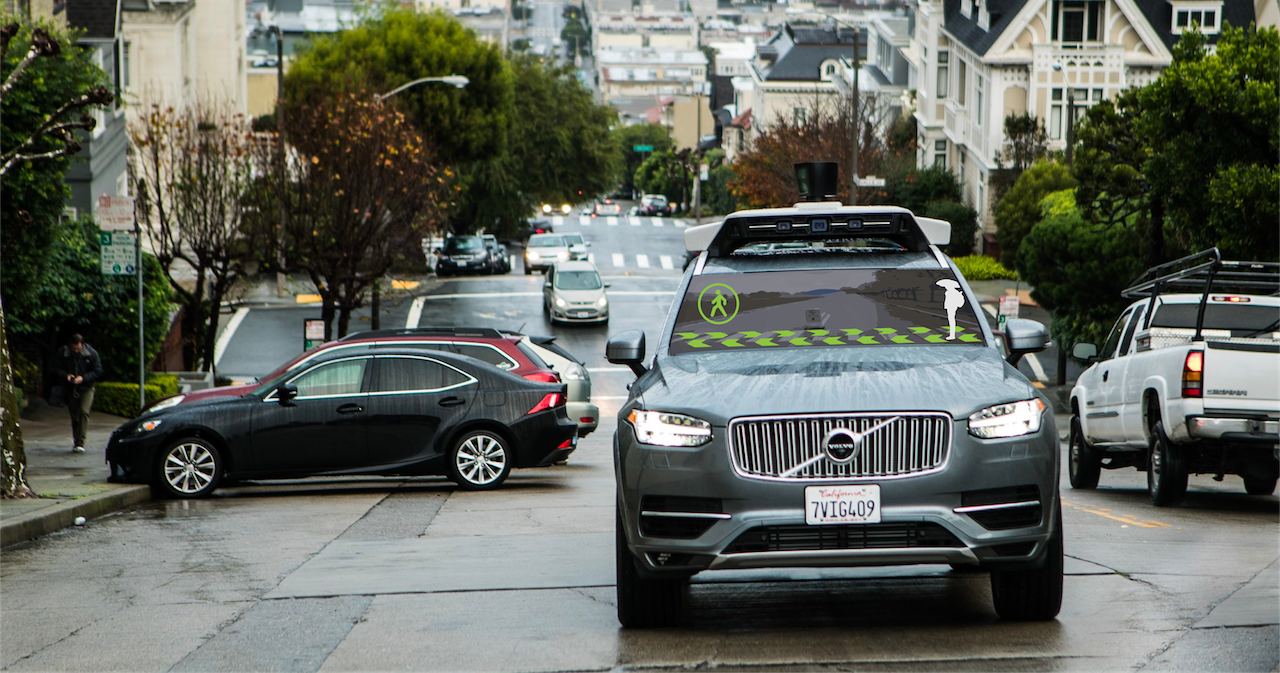 The vehicle state is almost always green—pedestrians have the right of way.

A basic workflow of the autonomous vehicle display in different on-road scenarios.

Next steps
We struggled to identify situations where an autonomous vehicle would need to assert its right of way. People told us they didn't like the confrontational nature of an alert, which is something I'd want to continue iterating on.

Designing with sound in mind would make this experience friendly to those with visual disabilities, and it's an important next step.